In 1988, the National Collegiate Athletic Association established the Walter Byers Scholarship as a means of recognizing the contributions of the former executive director through encouraging excellence in academic performance by student-athletes. Annually, one male and one female student-athlete are awarded a $24,000 Walter Byers scholarship in recognition of outstanding academic achievement and potential for success in graduate study. It is intended that an individual named a Byers Scholar will be recognized as one who has combined the best elements of mind and body to achieve national distinction for his or her achievements, and promises to be a future leader in his or her chosen field of career service.

The Walter Byers Graduate Scholarship is separate and distinct from the NCAA Postgraduate Scholarship, which provides numerous annual awards with smaller stipends. The stipend for each Byers Scholarship is $24,000 for an academic year. If the graduate school where the Byers Scholar is enrolled provides evidence of the scholar's satisfactory performance and progress, the grant may be renewed for a second year. Therefore, in any single year, $96,000 worth of scholarships are awarded ($48,000 to the current year's recipients and $48,000 to the previous year's awardees for their second year of graduate school).

Final award is contingent upon acceptance and attendance at an accredited, nonprofit educational institution; stipends are paid through the institution in which the Byers Scholar is enrolled for graduate study. To defer the scholarship for any reason, a Byers Scholar must submit a written request to the committee liaison for approval. Financial need shall not be a factor in the granting of these scholarships. Awards from other sources will not disqualify an applicant, except that an awardee may not use more than one NCAA graduate scholarship.

The program is administered by the Walter Byers Scholarship Committee, established by the NCAA membership and appointed by the NCAA Division I Administration Cabinet and Divisions II and III Management Councils. The committee will review the nominations, contact the finalists for an interview by the committee and select the final recipients.

If you satisfy the qualifications, please contact your faculty athletics representative (FAR) or FAR Designee about obtaining a nomination.

To be eligible for consideration, nominees shall:

A) Have an overall undergraduate cumulative grade-point average of 3.500 or better (based on a maximum 4.000), or the equivalent in other recognized grading systems;

B) Have competed in intercollegiate athletics as a member of a varsity team at an NCAA member institution;

C) Be a graduating senior or be enrolled in graduate study at an NCAA member institution;

E) Be committed to work on a full-time basis toward a graduate degree or a post- baccalaureate professional degree;

G) Have demonstrated that participation in athletics and community service has been a positive influence on the nominee's personal and intellectual development;

I) United States citizenship is not a required criterion to satisfy eligibility requirements.

Awards from other sources will not disqualify an applicant, except that an awardee may not use more than one NCAA graduate scholarship.

Evidence of acceptance into a graduate degree program or a post-baccalaureate professional degree program may be submitted after the notification of an award, but must be supplied by the institution in which the Byers Scholar enrolls for graduate work before the funding of the scholarship. If the initial awardee is not admitted to an appropriate graduate program, the award will be withdrawn and an alternate will receive the award.

The Walter Byers Scholarship nomination is submitted by the faculty athletics representative (FAR) or FAR Designee. Each NCAA member institution may nominate no more than three student-athletes per gender. It is the responsibility of the FAR or FAR Designee to ensure all sections of the nomination are submitted to the NCAA national office not later than January 17, 2020.

FARs or FAR Designee must nominate qualified student-athletes using the application in Program Hub. System-generated emails will be sent to the student-athlete to notify him or her they have been nominated. 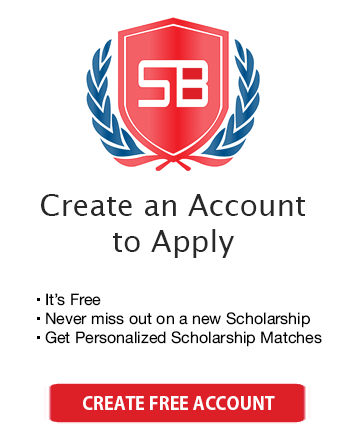